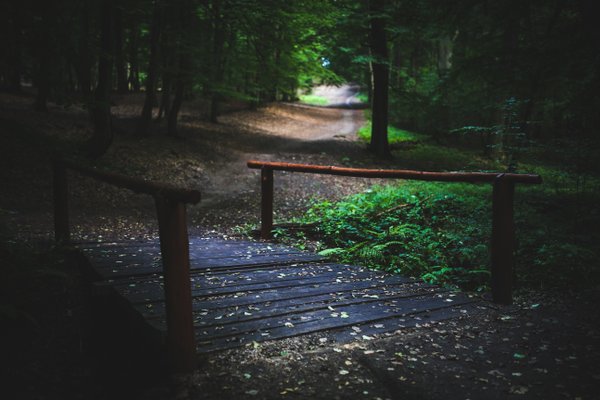 Do You Really Need an Excuse?

We didn’t make an excuse for going away for the weekend. We didn’t say “let’s get away because it’s our anniversary, a birthday or we just need a break”. Nothing like that at all. We just packed our stuff and drove off into the blue yonder. Didn’t think about it and hence did not have a chance to talk ourselves out of it.  As Nike says;  “Just do It” and we did..!

What a Way to Go

We all should do such things more often. It’s so much fun to make up your mind where you are going while you are driving. As long as you bring the right clothes for the season with you and not forget your toothbrush and some clean undies, you can’t go wrong. You can make it expensive, you can make it economical, you can do what you like, it doesn’t matter, as long as you “Just Do It”.

A Place to Stay for a Weekend Away

After a few hours driving we ended up in this lovely little country town where we found  a small but cosy looking Bed & Breakfast place. It looked so inviting as it was surrounded by many beautiful trees, most of them in autumn colours. We decided this was going to be the place for our weekend away. We were greeted by a lovely lady with a big smile on her face, so we felt very welcome.

Once we had packed our few clothes away and settled in, there was a knock on the door. The  husband of the lovely lady at the reception came in with two glasses of wine and some nibbles. That gave us a good excuse to sit down and study the brochures we had been given about the area’s attractions and sightseeing possibilities. There were caves to be explored, a beautiful valley to be admired, wineries to be visited, and so much more, not even to mention all the photo’s we were going to take of those magnificent autumn colours and other stunning scenery.

First Phase of Our Plan

By the time we had finished our glass of wine and checked out the brochures, we had put a plan together. It was still nice and early, hence we had plenty of opportunities to make it a full day. First, we would go and check out the township. To find a good restaurant for dinner tonight was one of the priorities. Not having to prepare your own meal for a change, makes it taste so much better. That and other things is what a weekend away is all about. After we had checked out the local shops, the 19th-century architecture buildings, the local art gallery and the beautiful park with some magnificent trees, we trotted home and felt in need of a little rest. The rest didn’t last long as we wanted to make the most of this weekend.

The second phase of our plan had to be moved into action. This time no more walking, this time, it was the car that was going to take us to that mysterious place the locals had talked about. Our anticipation was showing, we became quite anxious to get there. The road to our destination was not what you would call comfortable or smooth, but that did not deter us from continuing. It was full of potholes and boulders, furthermore, it was sometimes extremely steep and the decline was close to scary. It would have been a bit different had we driven a 4 x 4. Our comfortable sedan had a really hard time to conquer this kind of road surface. After about 2 hours of driving on this god forsaken track, we came to a clearing and noticed some huge rock formations. The car was quickly parked and the exploring began.

Always Listen to the Locals

We knew that this was the place,  as the locals had mentioned the rock formation. They also had warned us to be very careful, the place had a kind of curse hanging over it, they said. Strange things had happened there. Us coming from the big smoke, we thought that was a lot of hogwash and didn’t take it too seriously. Actually, the opposite was true, we thought it was quite exciting. But …as we all know, one should always listen to the locals, they, after all, know best.

At first, we began walking on some relatively level ground. But soon, we were climbing over large rocks and working our way around huge boulders. It was hard going, but at the same time exhilarating. The track became more and more difficult to follow, as tall eucalypt and low shrub were rapidly closing in on us. Until then, we had some splendid views. Although the path we had been following, was only faintly visible, we decided to keep on going.

Suddenly, right in front of us, a huge tree had fallen down and blocked our way entirely. As the rugged trail had already been very challenging for us, this obstacle made it even more so. The trail had entirely disappeared..! Our previous excitement soon changed into anxiety. Reflecting on the situation, we quickly decided to just turn back to where we came from. We didn’t have any idea how far away we actually were from our starting point. Just hoping we could make it back before dark, while not entirely sure whether we could follow in our previous footsteps.

The evidence of our former steps was hard to find, to say the least. Something that we had been afraid of, did happen. We lost the path altogether. We debated shortly what we should do next and came up with the suggestion that we should listen to our gut feeling. That meant to simply go forward in as much the same direction as we had come. We were lucky that the sun was still out, hence, we could use her as a compass. 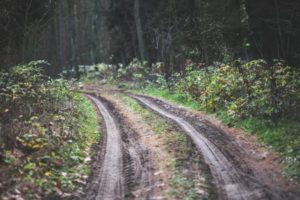 After we had trampled through the bush for close to an hour, we unexpectedly saw an opening in one of the rocks that we passed. Out of curiosity, we investigated it further. It was a beautiful spacious cave surrounded by huge boulders. We sat down for a while to give ourselves a break and a short rest. One could still see faint traces of paint by Aborigines who would have used a cave like this, for cover and maybe ceremonial purposes. The cave gave us a great feeling of safety and comfort as if the energy of the tribes was still lingering inside. With the unpleasant things that had happened on this excursion, this was a welcome change. Especially when we started to look around the cave and noticed something very intriguing in a corner of the cave. It indicated to us that we certainly were not the first ones to land unexpectedly in this cave.

It was a sign that showed the reader the direction one should follow, in case one would have arrived here by accident and didn’t know where to go from here. It was a strange, perhaps even weird, coincidence, but we did not question it any further and were on our way to the place where we had left the car.

After approximately one and a half hours struggling through uneven terrain, rocks, boulders, and bush, we were at last back where we had started.  Although totally exhausted, a sensation of pure joy came over us. It turned out to be a beautiful day after all. A day filled with all kind of experiences, beautiful nature, stunning views, mystery, mystique and last but not least, adventure..!

We arrived at the Bed & Breakfast place just in time for a late afternoon tea. This gave us an opportunity to relate the events of the day to our host and hostess. The writing in the cave that had helped us find our way back again, had definitely been the highlight for us. But when we told them, they looked at each other as if we had fabricated this story. Nobody has ever seen any writing in that cave, they said. Are you sure you have not imagined it, they asked?  Well, even if we had, it brought us back to you and now we enjoying your delicious homemade scones with jam and cream…Who would ask for more?

(Later on, we often thought about what the locals had said: “Be careful, strange things happen there”).